Fleming's quest for world domination will again take shape in the form of this year's Australian Garden at the RHS Chelsea Flower Show in the UK. The Trailfinders Australian Garden will be the eighth entry presented by Fleming's Nurseries so far. Every year Fleming's invite a different landscape designer to plan a medal winning garden for the coveted Chelsea Flower Show. And a ground crew, mostly made up of volunteers is also selected each year to construct the show garden. This year the lucky designer is Jason Hodges of Greenart Gardens. The crew from Greenart Gardens will travel with Jason and construct the garden with the help of the very experienced, former Chelsea medal winner and long time Fleming's friend, Scott Wynd of TLC Pools.  At Lump we had our first taste of the Chelsea Flower Show in 2007. That year we were invited to be part of the team by designer Mark Browning of Cycas Landscape Design. And again in 2008 Lump was invited to work with the team showcasing a design by Jamie Durie. For us Lumpians, it was a remarkable experience to be part of such a big team. And an incredible opportunity not only to compete on the world stage with the Australian team, but to showcase the work of Lump on the world stage as well. An opportunity that we might otherwise not have had without the design savvy Mark Browning who originally selected Lump's work to feature in his design or the absolute passion for Australian Horticulture and slight competitive streak of Wes Fleming. As Wes puts it, "The Chelsea Flower Show is the Olympics of gardening." And "Chelsea is not just a show, it's a journey." Wes affectionately calls the adventure that is the RHS Chelsea Flower Show "The Chelsea experience." OK, so it may not be Fleming's quest for world domination but when you are part of such an enthusiastic team it feels as though you could take on the world.

A sneak peek at the design for this years Trailfinders Australian Garden presented by Fleming's Nurseries and designed by Jason Hodges. 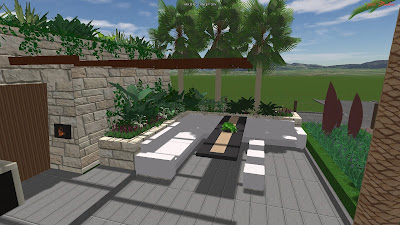 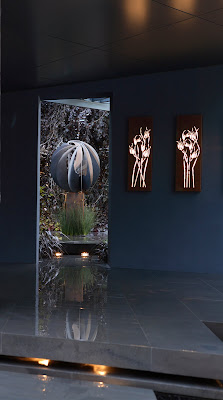 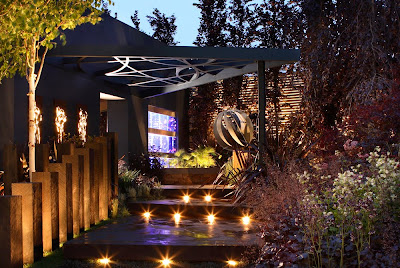 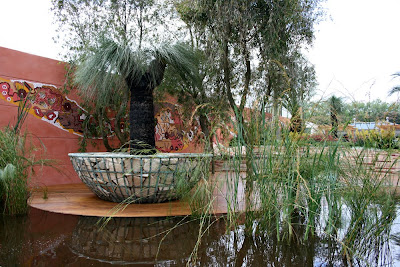