Chelsea in a bag

All the excitement about Chelsea 2012 has made me slightly reminiscent about our first "Chelsea Experience". At the Melbourne International Flower and Garden Show in 2006 Chris and I met Mark Browning. He introduced himself to us while voluntarily guiding groups of gardening enthusiasts around the show. Each day Mark would bring a different group of show goers to the Lump stand and encourage them gush at our work. As you can imagine we were pretty happy to accept the extra attention and we took a liking to our new advocate pretty quickly.

A week or so later Mark turned up at the Lump roller door and asked if we wanted to go to the 2007 Chelsea Flower Show in the UK. Our reaction was something like Holy crap. YES! We cut 6 custom sized Light Feature Panels made for Corten steel with a Kangaroo grass image designed by Mark. And a custom designed table, pendant light and a Lump Sphere Sculpture finished with the Polished Concrete Effect.

Lump had been involved in group projects in the past, but nothing like this. We were given numerous uniforms as part of the team. Fluorescent pink shirts and caps with purple boots for construction days. And Lavender shirts with pink Trilby hats for show days. We attended team meetings and dinners and were included in team photo's that were published in the papers. The enthusiasm of the team was infectious and everyone was pumped to go. A common feeling amongst that year's team was that everyone felt privileged to be there. And that itself was a great foundation for the team to build on especially when, regardless of trade skills, in the final hours we were all hanging around side by side, sometimes knee deep in freezing cold water, polishing every little bit of foliage on display.

Some would say Marks garden design was very moody and very Melbourne. Bluestone pavers, strong angles and dark foliage. The perfect setting for a grand piano and Nick Cave. Although Nick Cave couldn't make it we were however, on the first day of the show, fortunate enough to experience a live and unexpected rendition of Jake the Peg by Aussie icon Rolf Harris.

Chris and I hung around for the duration of the show. London turned on the weather and we spruiked for the garden, for our team, for Lump and everyone involved. There were parties on the garden followed by tales of hospital visits for some. And for others, tales of nudie runs through the garden with nothing but a pink Trilby hat. We drank jugs of Pimm's and had lunch in the park with my mum and dad. We rubbed shoulders with celebrities and gardening gurus alike and we enjoyed the "Chelsea experience" for everything that it was and could be for us.

On the last day of the show, in true London spirit it rained. And at the end of that day a bell rang and all of a sudden the garden was up for grabs. For about an hour the plants were ripped out of the garden by their necks, shoved in a bag and swapped for one or two pounds a pop. After, Chris and I stood in the rain in what was left of the garden, with our pink hats on and a plastic cup of Pimm's in hand, we watched the crowed go home with half of Chelsea in plastic bags. 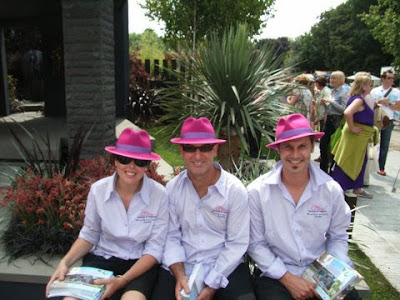 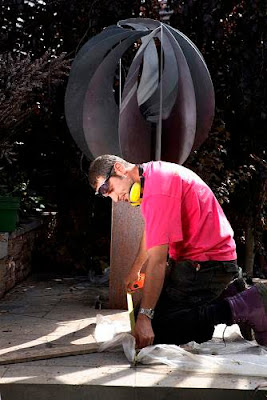 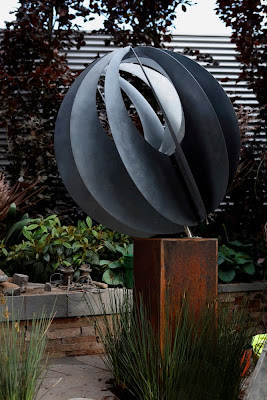 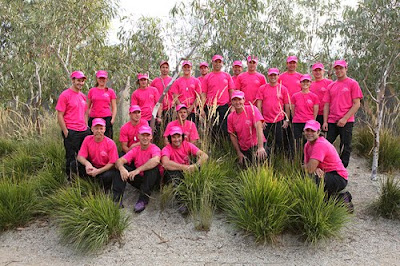 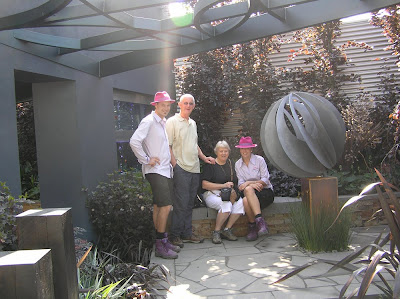 Pimm's in the park. 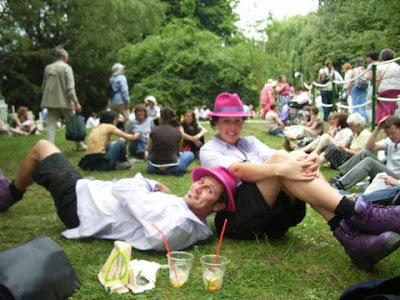 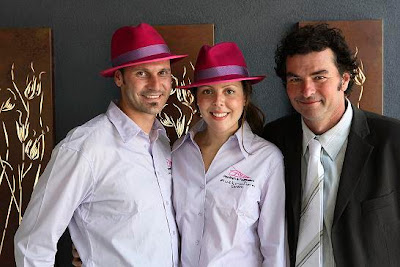 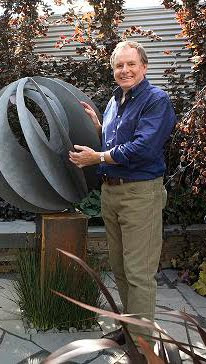 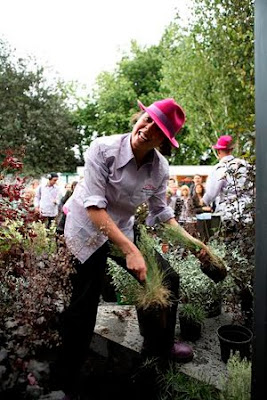 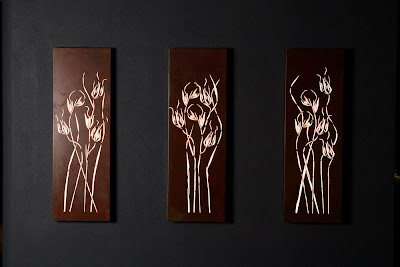 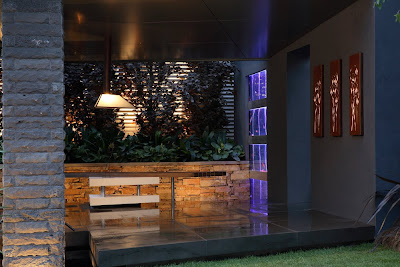 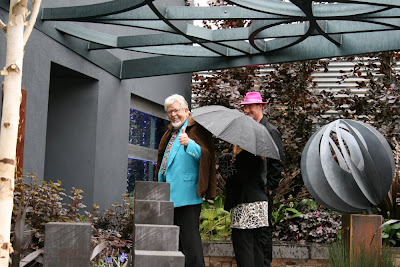 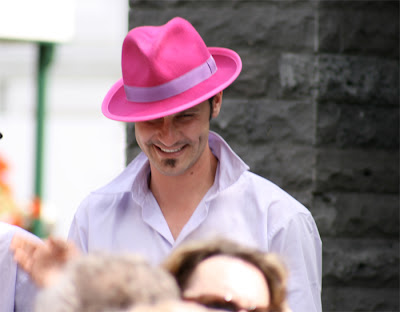 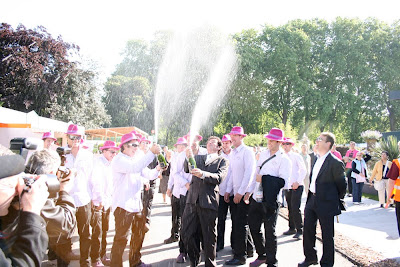