Today our weekly Lump blog post falls on ANZAC Day. So I thought it only natural to post about Legacy Place in Morwell. A seven-year urban art project dedicated to creating a memorial for Lieutenant General Sir Stanley Savige. Sir Stanley Savige was a highly decorated soldier of the Australian Army and the original founder of Legacy Australia. The dedicated memorial is in Morwell, the hometown of Sir Stanley Savige and is just moments away from his fathers butchers shop where he was born in 1890.

The memorial project was completed in 2 stages and at Lump we were privileged to contribute to stage 2 of the project. Managed by representatives from Latrobe Valley Legacy, Morwell, Moe and Traralgon RSL Sub-Branches, Morwell Historical Society and Advance Morwell and with funding from members of the public, Latrobe City Council, RSL Sub-Branches, the Dept of Veterans’ Affairs and Advance Morwell stage one saw the unveiling of a bronze bust of Sir Stanley Savige made by Sculptor, Glen Davies. The bust stands to mark Sir Stanley Savige’s role as the founder of Legacy. Stage 2 saw the installation of a large decorative sign officially naming Legacy Place along with a bronze plaque describing Sir Stanley Savige and his achievements.

At Lump we worked in conjunction with Melissa Ellis from Latrobe city council and created the Legacy Place sign for Stage 2. Made form 20mm thick steel with a natural rusted finish, the base of the sign was laser cut with a repetitive design using the Legacy Torch to create the pattern. Topping the sign is cast aluminum lettering spelling out Legacy Place and along side that, the bronze plaque dedicated to Sir Stanley Savige. The sign runs approximately six meters in length and stands about 1500mm tall and also is complete with a frosted polycarbonate backing material. With especially custom designed legs to hold the weight of the sign the piece was craned in as one whole unit and installed on site by the crew from Lump.

All of us at Lump are privileged to work on a lot of special projects, and this was definitely one of the special ones. Sir Stanley Savige is certainly an inspiration and is so proudly remembered and treasured by the people of his hometown and surrounding communities. And as well, a hero to Australia and all the families looked after by Legacy. 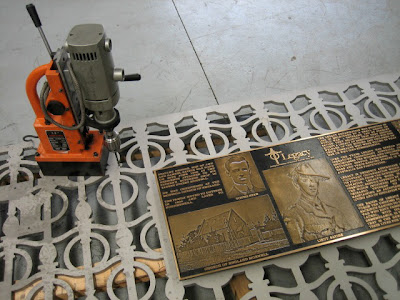 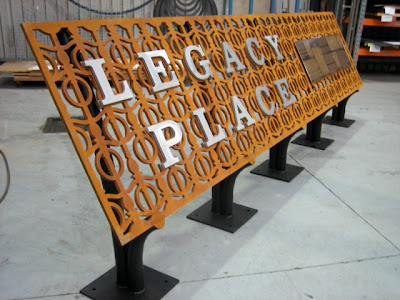 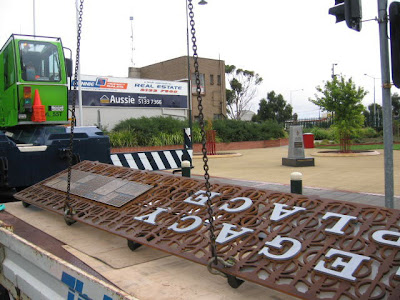 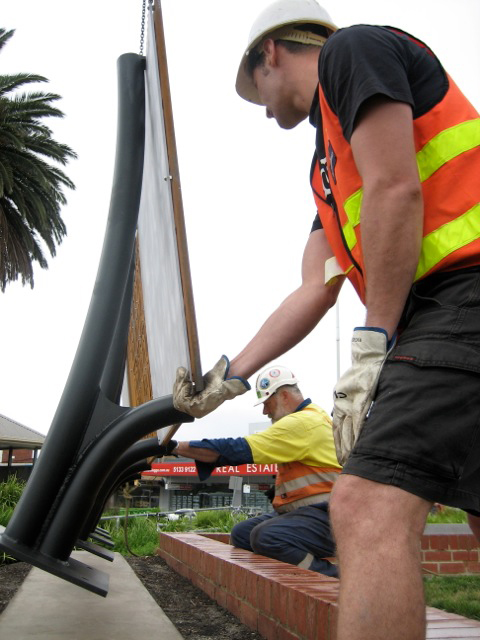 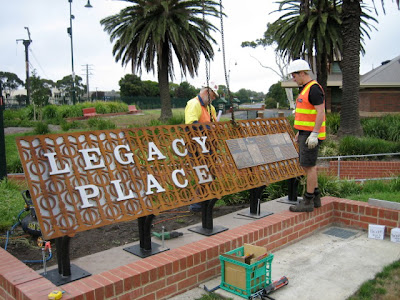 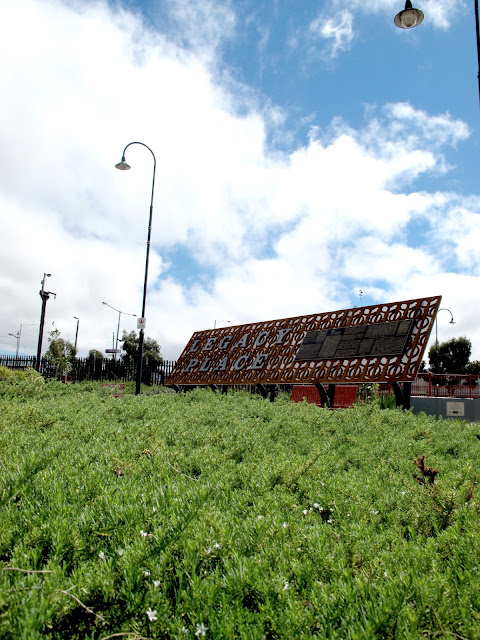 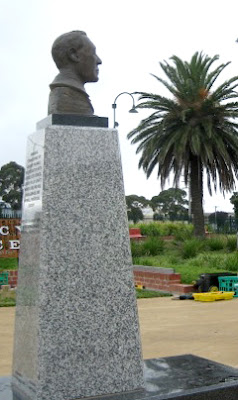