This week the Australian team that competed in the “Olympics of gardening” took home not only a Gold medal but also the highest of accolades, “Best in show”.

Wes Fleming of Fleming’s Nurseries has taken a different Australian Team to Chelsea each year for nine years and on Tuesday became the first Australians ever to take home the coveted “Best in Show” award. At Lump we have been fortunate to be part of four of Fleming’s teams winning Silver – Gilt with Mark Browning, Gold with Jamie Durie, Silver - Gilt with Jason Hodges and now Gold and Best in Show with Phillip Johnson. To say we are thrilled and over the moon would be an understatement.

This is the last time that Wes will take on the Chelsea Flower Show. And although his decision to “hang up his boots” was made long before the winning result was through, it is a great tribute and inspiration that his childhood dream of winning the RHS Chelsea Flower Show has been realized with his last entry.

Congratulations to Phillip Johnson and the entire crew of 2013 for taking the Trailfinders Australian Garden presented by Fleming’s Nurseries to its pinnacle. And a huge thanks you to Wes and Leanne from Fleming’s and to all of Fleming’s Nurseries for your never wavering Olympic spirit. It’s been a pleasure and whether celebrated on location or from afar, it’s been an unforgettable experience. 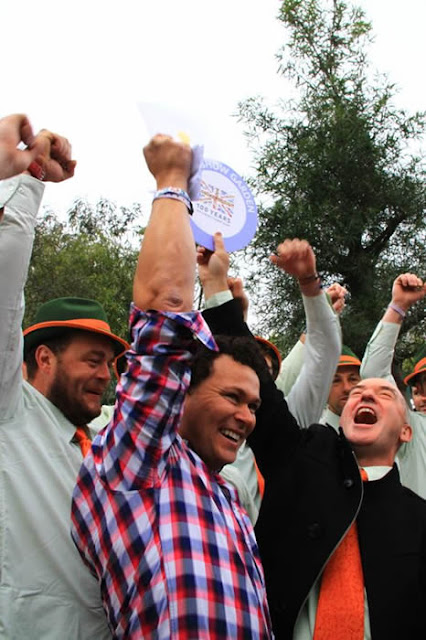