Chris and I are particularly fond of this exhibition because it gets art that would otherwise be in a more formal setting out onto the streets to be seen by everyone, especially those that would not usually go out of their way to see art in a more formal setting. Don’t get me wrong, I realize we are spoilt with loads of art around the streets of Melbourne, but there is absolutely nothing wrong with a little more.

This year, Chris and I went head to head. We submitted two sculptures, totally different in style, one designed by Chris and one designed by myself. One based around practical scientific and social theory and the other on introspective relationships to objects. Although to begin with both sculptures were received as designed by (ahem) Chris. But I’m OK with this, no really I am since we have worked closely together for a long time and I guess you could say that this was bound to happen at some stage. But that is one to Chris, not that this is a competition or anything!

Chris designed a sculpture called Social Collider Theory. Using interlinked aluminum rings positioned tall on a plinth. The piece stands around 2.4 meters and is finished in Bright Orange. The thought process for this sculpture began while taking an interest in the Large Hadron Collider, the worlds largest and highest energy particle accelerator. In ultimately very basic terms The Large Hadron Collider was originally designed to collide two opposing particle beams to assist in answering questions concerning interactions and forces among elementary objects, deep structure of space and time and the interrelation between quantum mechanics and general relativity.

Social Collider Theory is a sculptural representation of our fast paced sphere of social connections and paths. Today our capacity for social connection and interaction is broadening, speeding up and shrinking the distance between our own circle and that of others. People move in their own busy circles and at times will collide with others when circles cross paths. Our paths collide; we connect, build new circles and broaden the momentum.

The second sculpture entered into the exhibition designed by myself, Timothea, and is called the Clasp. Taking inspiration from shapes found in jewellery. Made from corten steel with a natural rusted finish the sculpture stands 2.4 meters tall on a base finished with Lumps Faux Bluestone effect.

Very far from looking at the larger tasks of the universe, the Clasp is a sculpture that is personally introspective and representative of family and objects. Objects that are tied to the family circle and remembrance of family members that have past. In this instance the Clasp is an enlarged symbol of the delicate and intricate clasps that could be found on jewellery owned by my grandmother.

The Clasp is a representation of a precious object, a gift, a bequest or a treasure. Like the function of a well-made clasp the sculpture is robust in appearance. But also signifies the delicate nature of a clasp that may connect the most fragile of chains, hold your hair in place or pin a treasure to your lapel.

So there you have two very different sculptures in design, theory and in form and although originally accepted as from the one source, I think this is great tribute to our very well united team that is Lump.

You can see the sculptures by Lump and loads more from the 1st of May to the 16th of June in Toorak Village.

The images below include some lovely creative shots by Dale 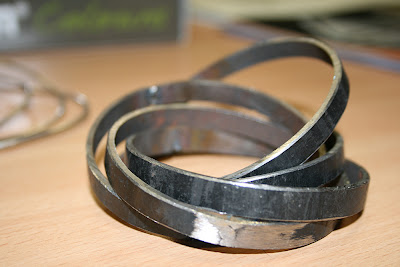 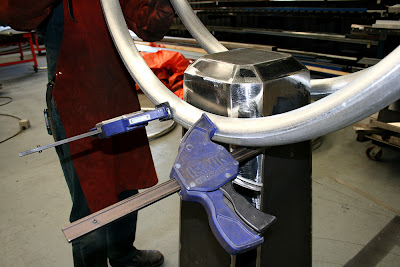 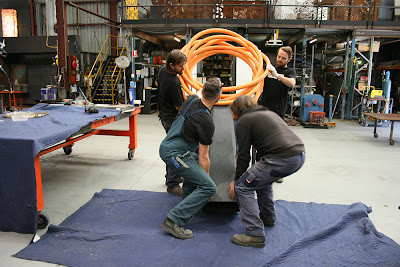 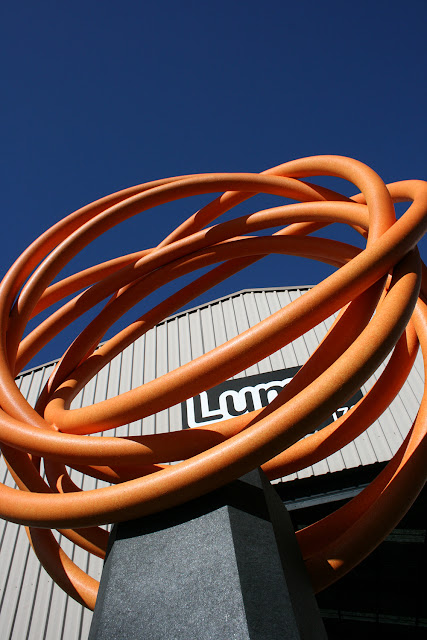 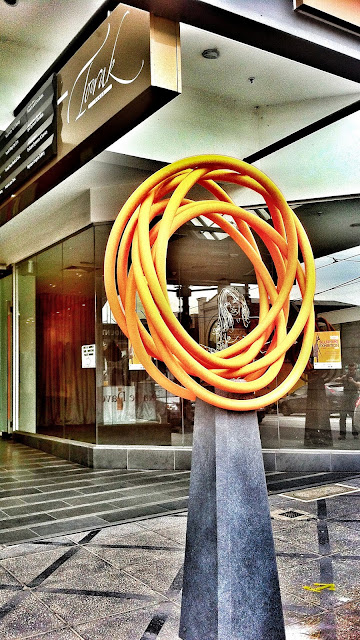 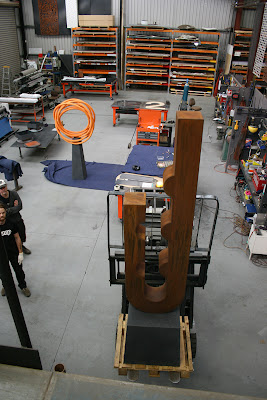 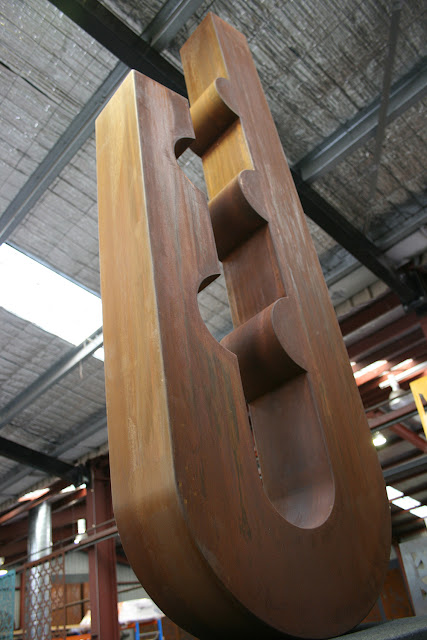 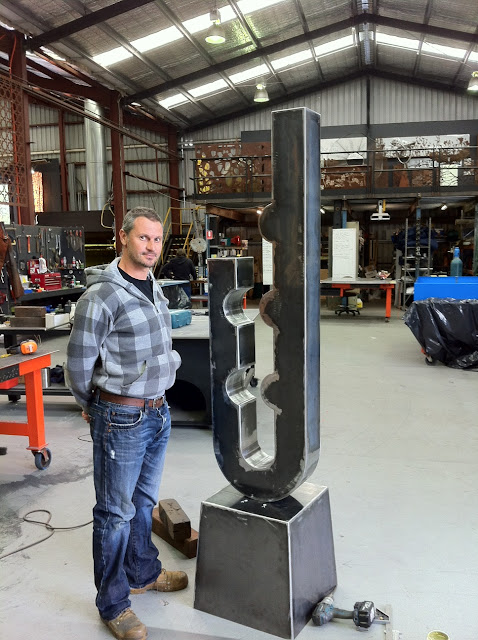 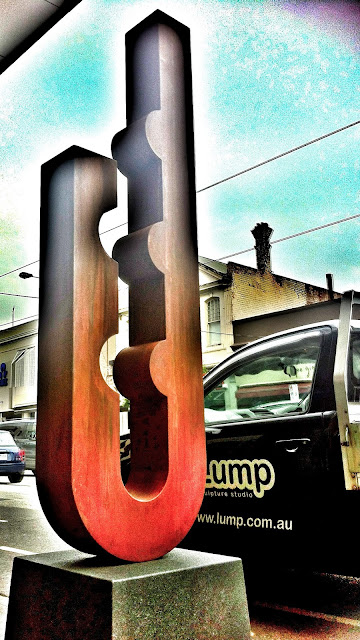 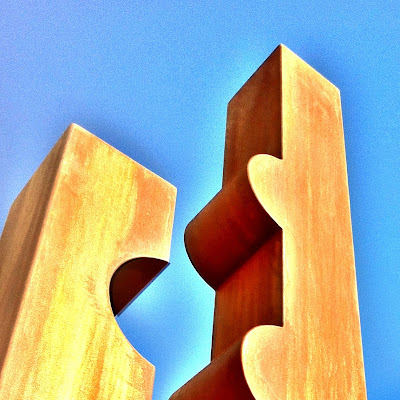 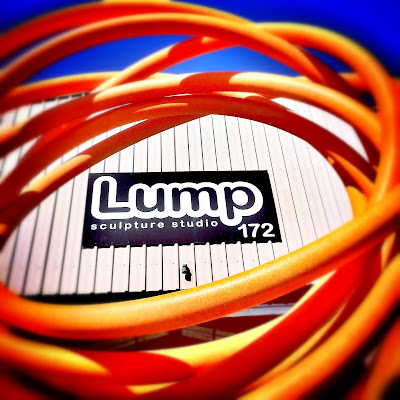