Early this week we completed a great new interactive sculpture commissioned by the City Of Port Phillip installed for all to enjoy at Balaclava Station as part of the renewal of the Balaclava Station precinct.

The sculpture designed by Chris Vassallo called Social Collider is made from five interlinked Copper rings approximately 2 metres in diameter finished with a natural patina. The rings feature interactive internal lighting that is triggered to softly light the piece from behind as commuters pass by.

Social Collider is a sculptural representation of our fast paced sphere of social connections and paths. Today our capacity for social connection and interaction is broadening, speeding up and shrinking the distance between our own circle and that of others. People move in their own busy circles and at times will collide with others when circles cross paths. Our paths collide; we connect, build new circles and broaden the momentum.

At Lump we are big fans of public sculpture and even more so when the sculpture is one of our very own. We are also big fans of improving Railway Stations and their surroundings, since so many of us use them and so many more of us should use them.

The process of commissioning, creating and installing public sculpture is always very involved; it takes an enormous amount of contribution and cooperation from many people working within many different areas. Chris said “It was great to see so many people involved there on the day to witness the installation.” Social Collider was lifted into position by a crane and secured to site by a specialised installation crew.

“This is another example of Council working with PTV, MTM and Vic Track to achieve a great outcome for the community” Said Mayor Amanda Stevens. 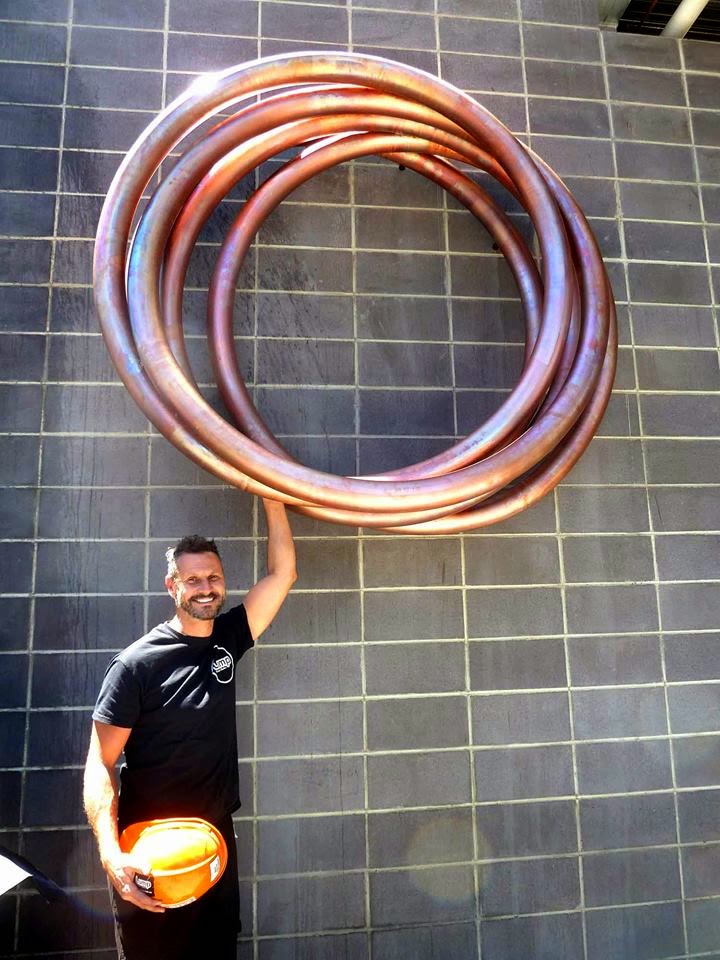