On 16 January 2014, a culturally themed gateway was installed at the intersection of Victoria Street and Hoddle Street in Richmond.

The gateway recognises Asian migration to the area and pays tribute to the cultural contributions that have established Victoria Street's reputation as a bustling and diverse retail and dining strip.

Designed by Gregory Burgess Architects and Thompson Berrill Landscape Design the main component of the Gateway project is a 12 metre tall sculptural boat form. This boat form resembling not only the passage of migration but also featuring a large pouch said to carry 100 eggs from which 100 children would be born from the mating of the dragon and the fairy; this the origin of the story of the 100 Vietnamese family names. 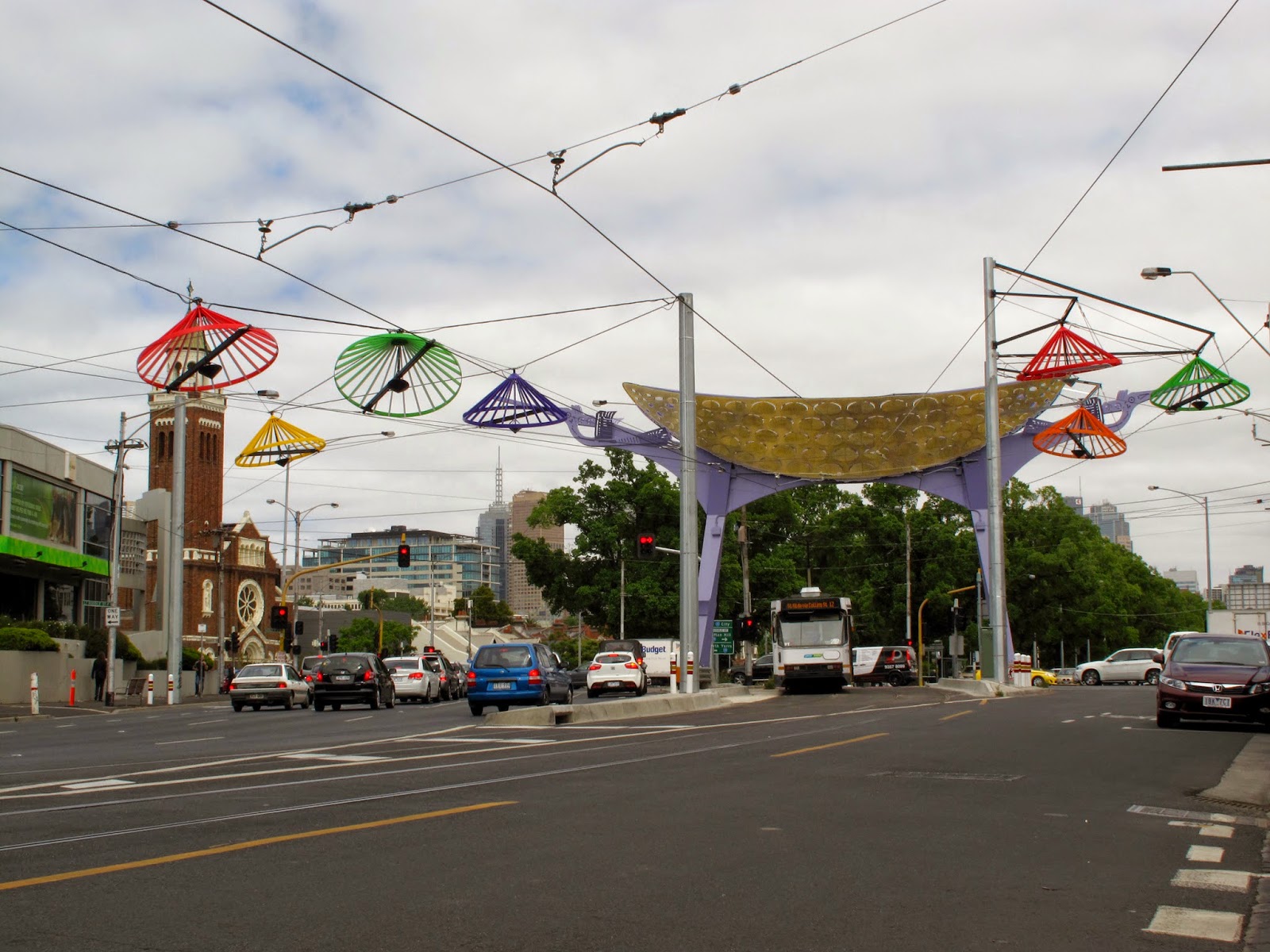 The sculptural boat form acts as an archway as the trams pass underneath following Victoria Street. Above swing numerous coloured metal cone forms representing Vietnamese hats and under the railway bridge are representations of culturally significant Vietnamese imagery.

A 3000-year-old Dong Sum Drum featuring a combination of imagery showing dancing people, pounding rice and people sailing with animals and birds. The drums were used as musical instruments in festivals, such as prayers for rain, for good harvest and rituals, such as weddings and funerals, as well as command in army. They were also used as funerary objects and a symbol of power of tribe leaders. 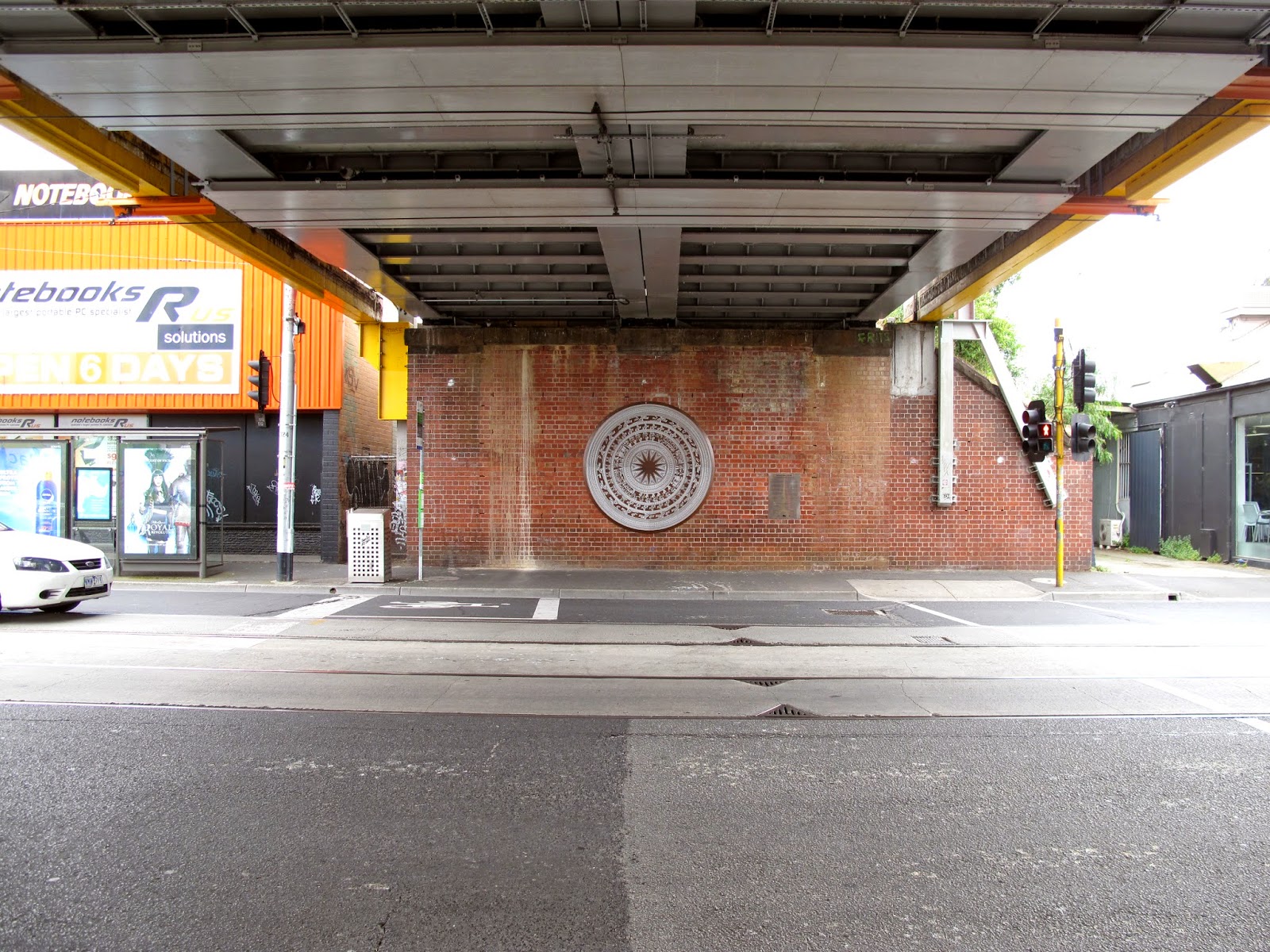 Opposite, is an image of a Vietnamese boat with people sailing with another Dong Sum Drum. This image again is inviting visitors to explore the richness and depth of Vietnamese culture. 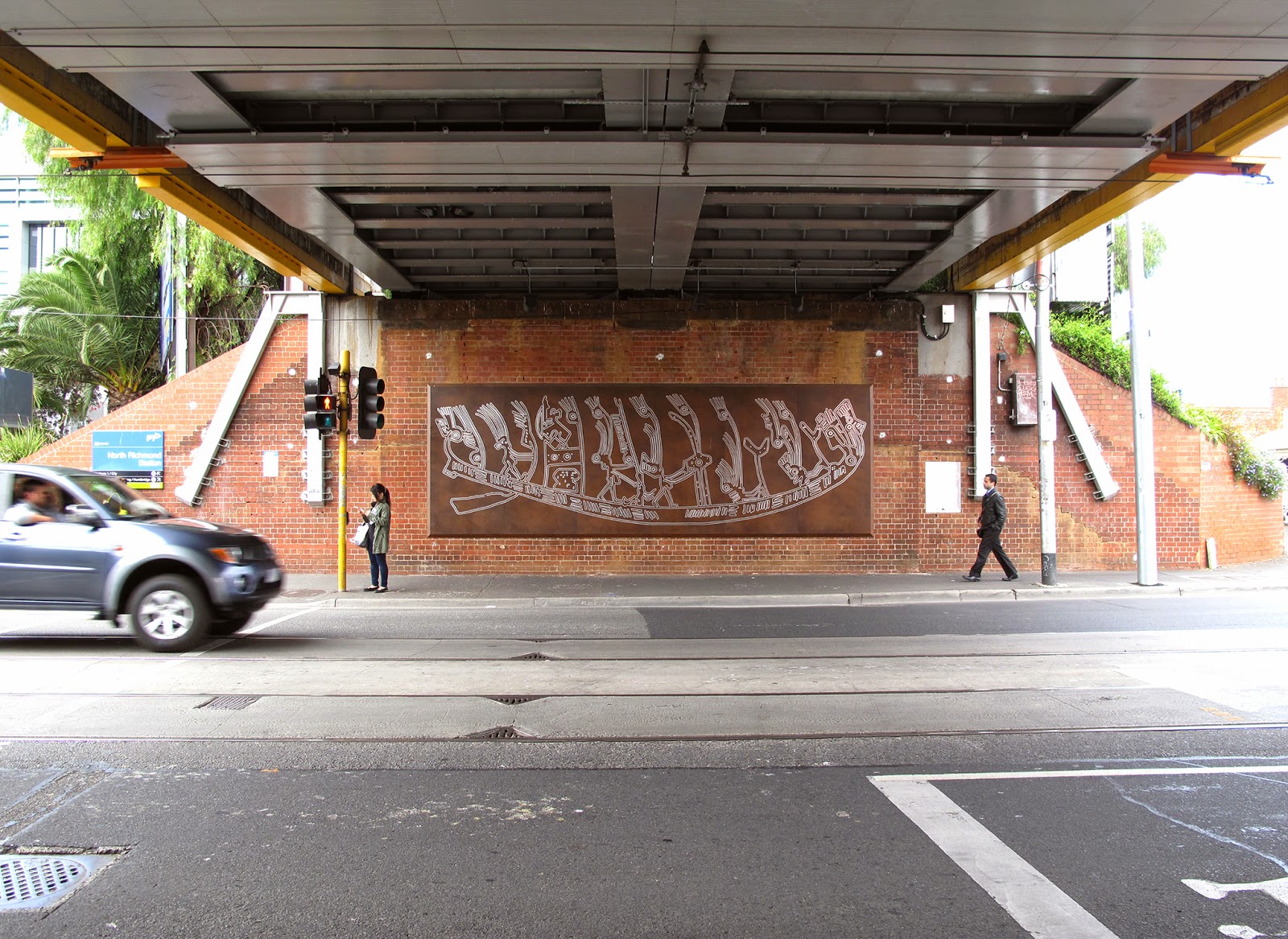 Both of these images are engraved through the surface of our very special Lump Faux Rust effect into an aluminum plate making the design very bright, reflective, durable and lightweight, very similar to the artwork installation we designed and completed at Cardinia Road Railway Station. 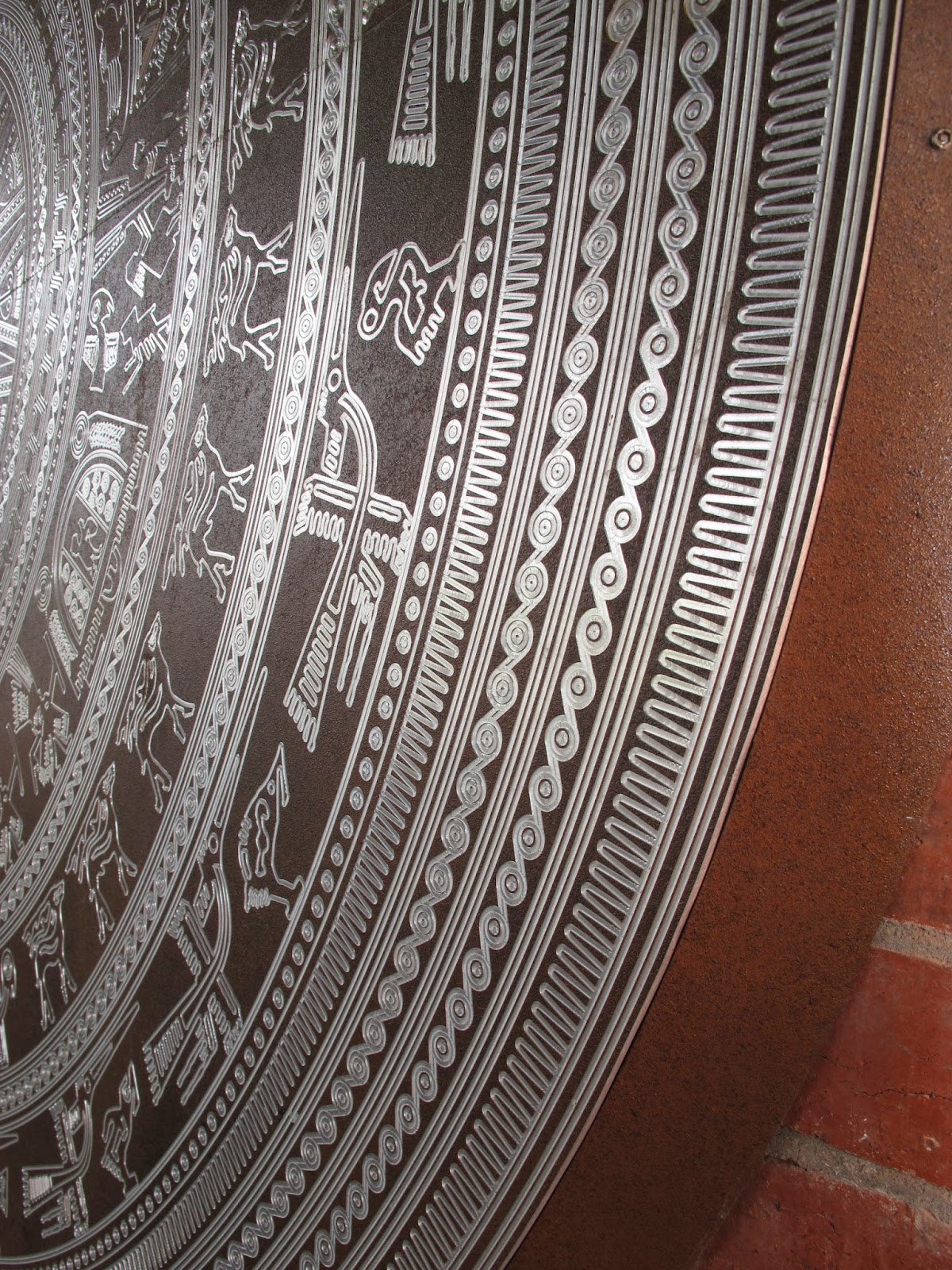 Above and across the railway bridge is a sculptural mural of a bamboo forest with in which a tiger is walking and below that, the yellow and black safety “crash beams” forward community support to the local Richmond Football club. 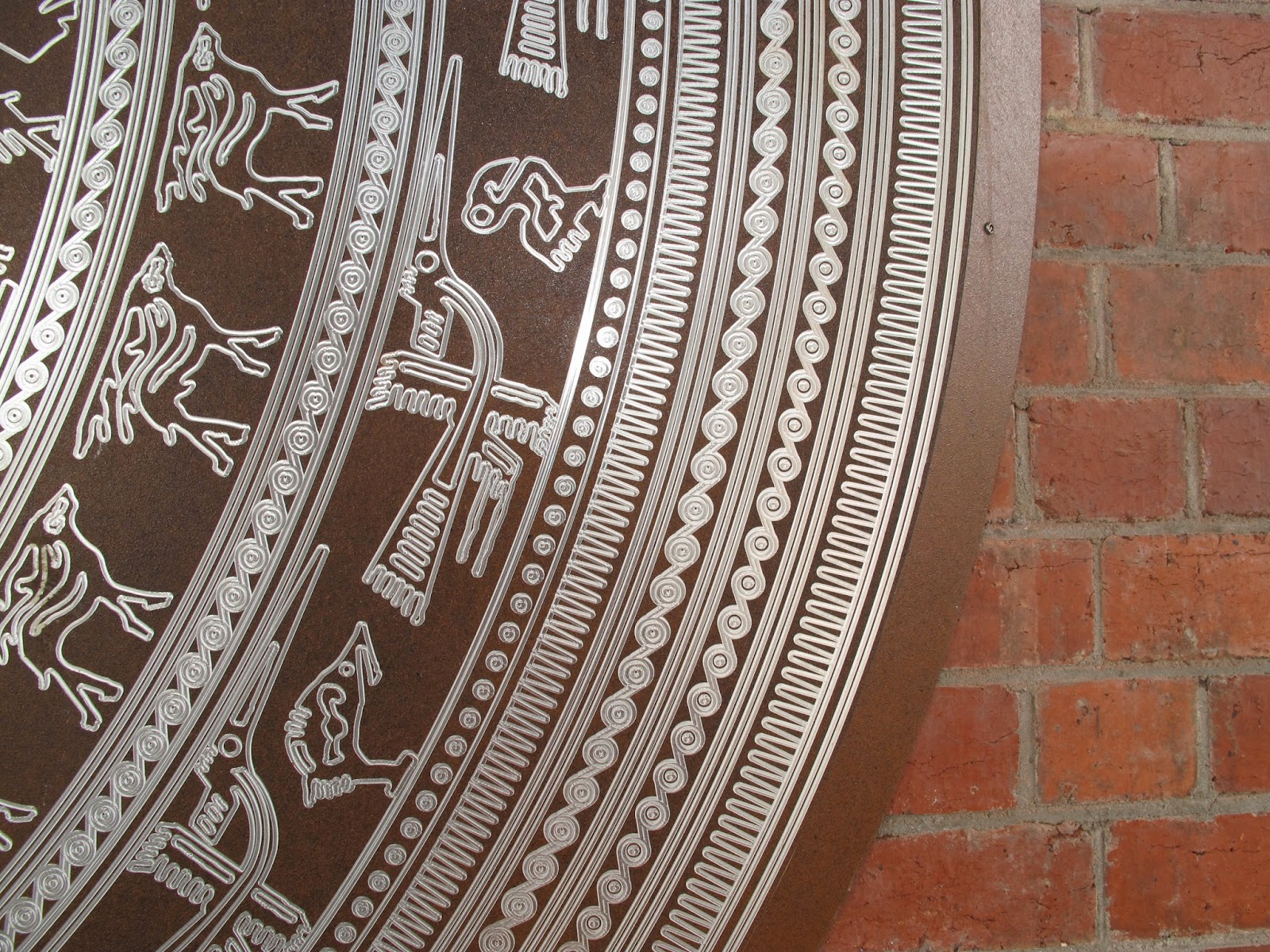 The Victoria Street Gateway Project is a great example of partnership between the local community, local businesses and the local government. And although with only a little touch of Lump in this installation, we are incredibly proud to have had the opportunity to contribute to the celebration of the extremely rich and diverse culture that thrives in our very own back yard.
Labels: Lump Faux Finishes Urban Art Project