Now we are facing a bright New Year, it’s the perfect time to get a little sentiMETAL and pull out some of my favorite pics of projects from 2014. They may not be the best of the bunch or the biggest projects but never the less they are my favorite for one reason or another.

Firstly this is a photo of Chris and myself with the one and only Mr Mark Browning of Cycas Landscape Design and Consultancy taken by Little Red Photography. This being the morning that Mark was awarded "Best In Show" for his garden titled “The Patriarch". 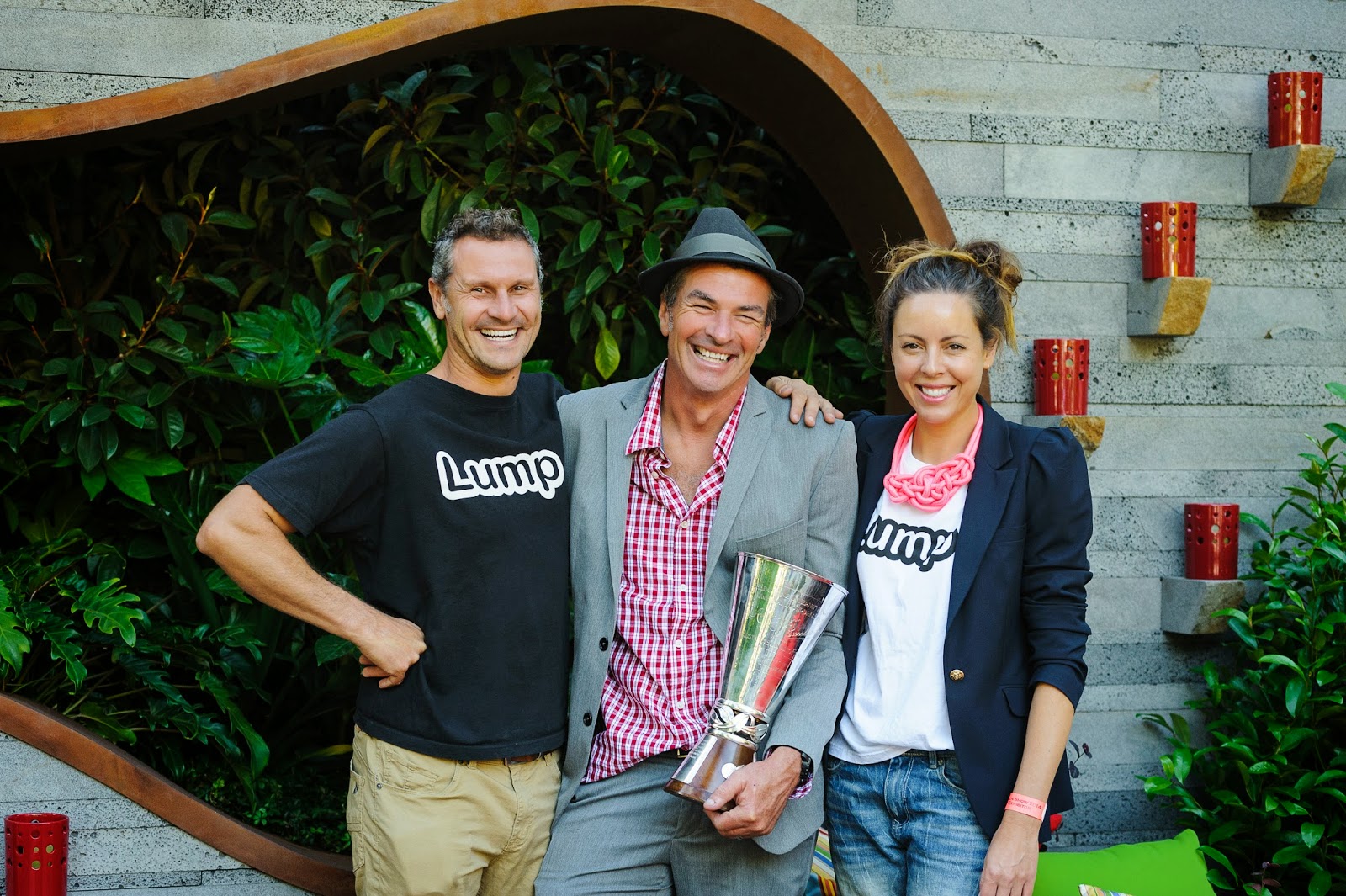 A photo I took on my phone of our Littlest Lump playing inside “Exo Skeleton” positioned on permanent display outside the Hawthorn Town Hall. I love the pink colorings against the speckled green in this image and the fact that this little Lump sees the sculpture as simply another climbing frame. 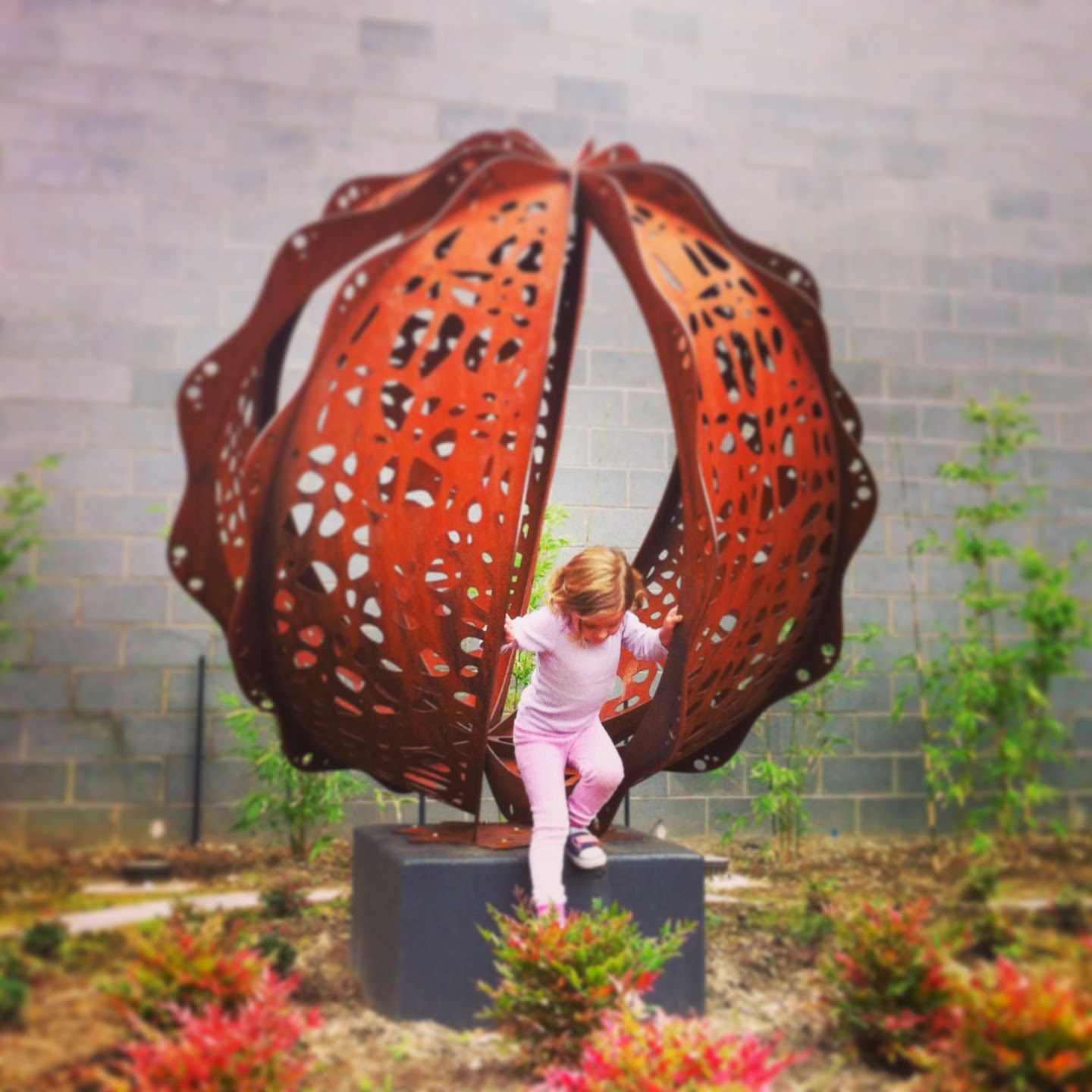 A beautiful home featuring sliding Lump screens in the upper section of the window and also decorative Corten steel screens out in the garden. The owners of this home were overwhelmingly lovely and welcoming, allowing us to invade their privacy time and time again for photo shoots and endless emails for info about their home. 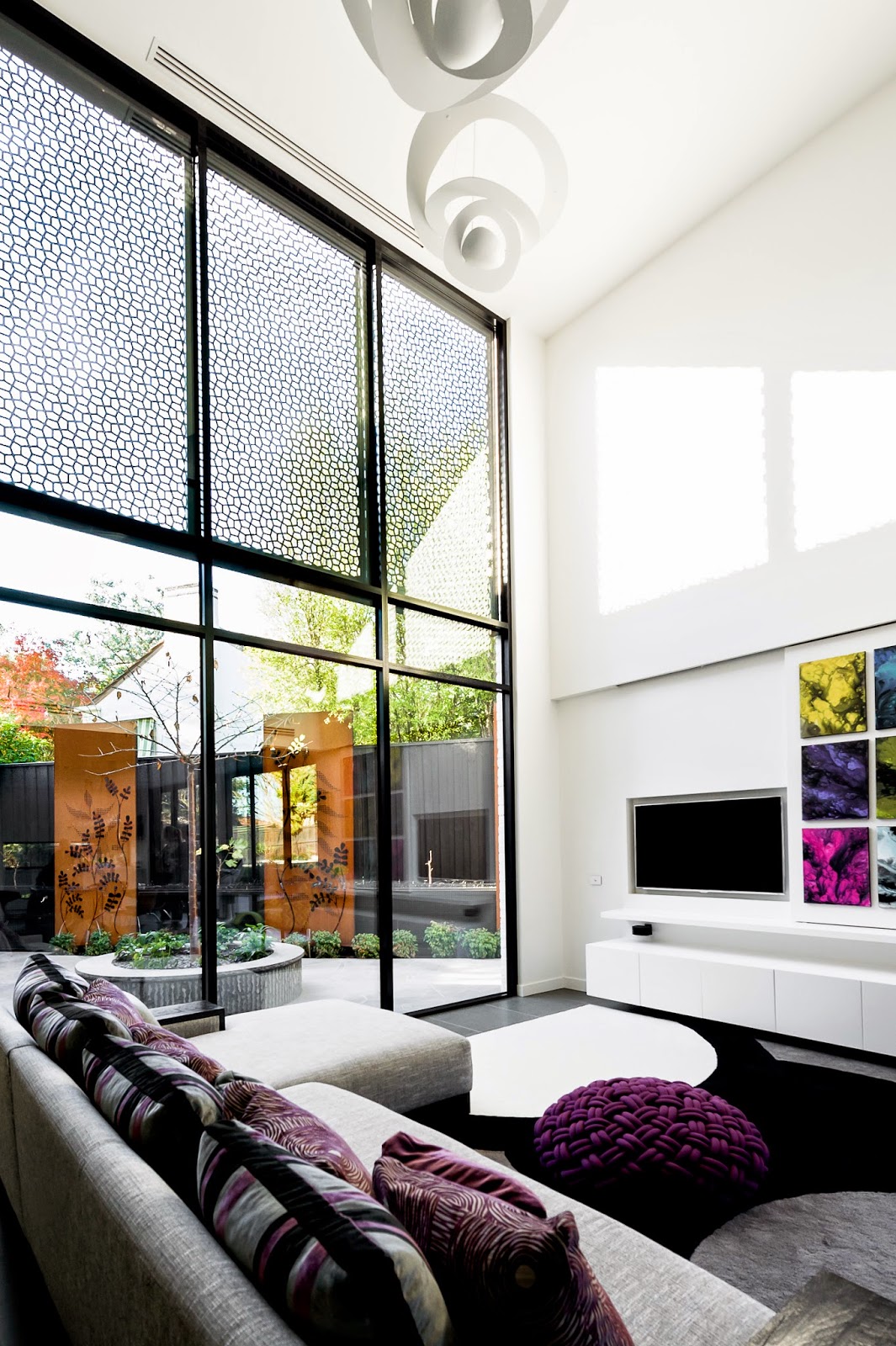 This photo was taken by me with my phone at Indesign the event this year. We partnered up with Temperature and released a new product the “Shard Planter”. I love it because I love the “Shard Planters” and if I had to choose just one Lump piece to go in my own home it would be one of these. I also love the pic because Chris Herman was worried that the selected planting would make them look like big pineapples. And it totally does, but I like the pineapples and that makes me laugh. 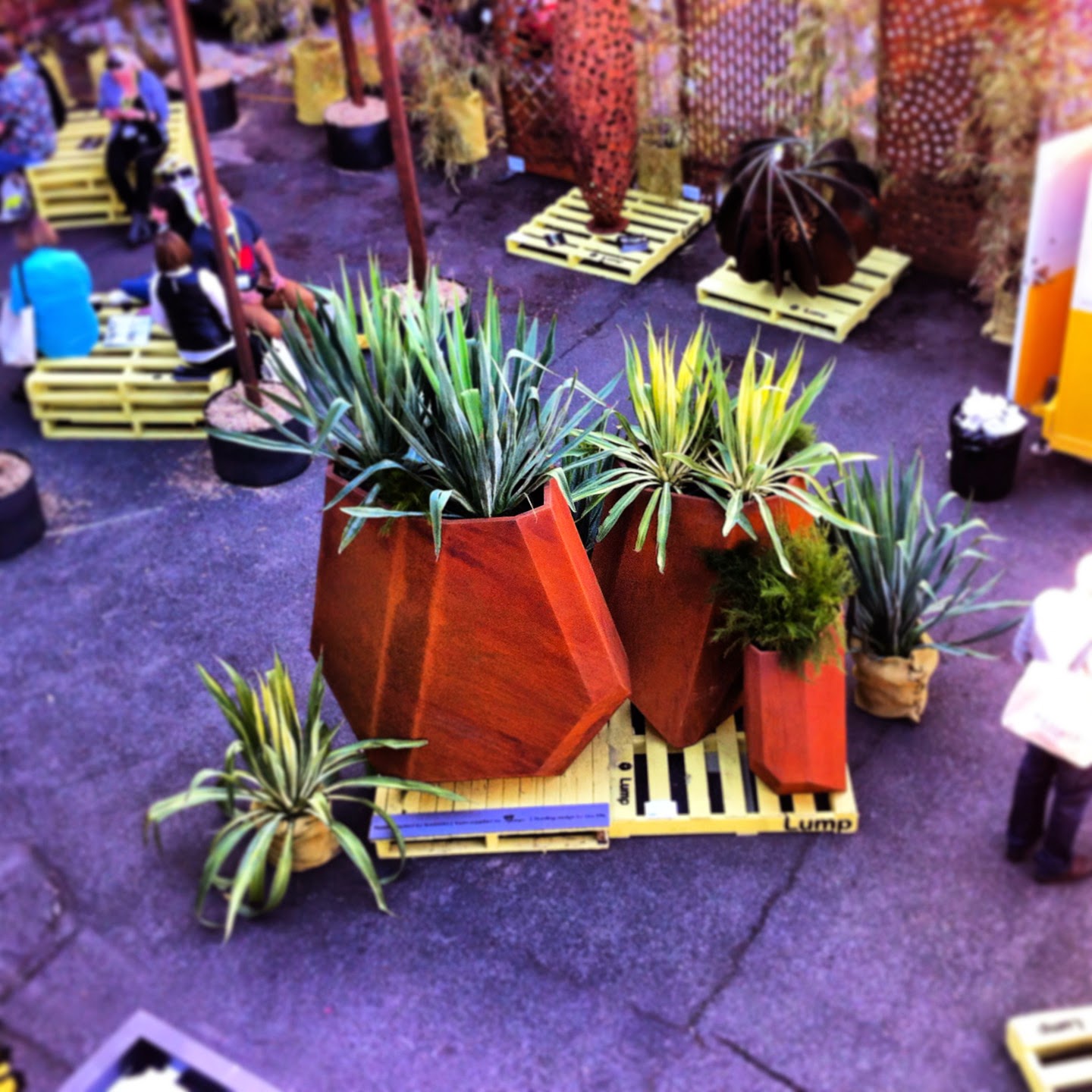 I took this photo of Chris and the littlest Lump with my real camera. It was for a story about the “Cocoon” sculpture and the relationship to family. In the end, a professional photographer shot the image for the story and it ran in the Northcote Leader. Although, when the time came, it was the other little Lump who featured in the photo. 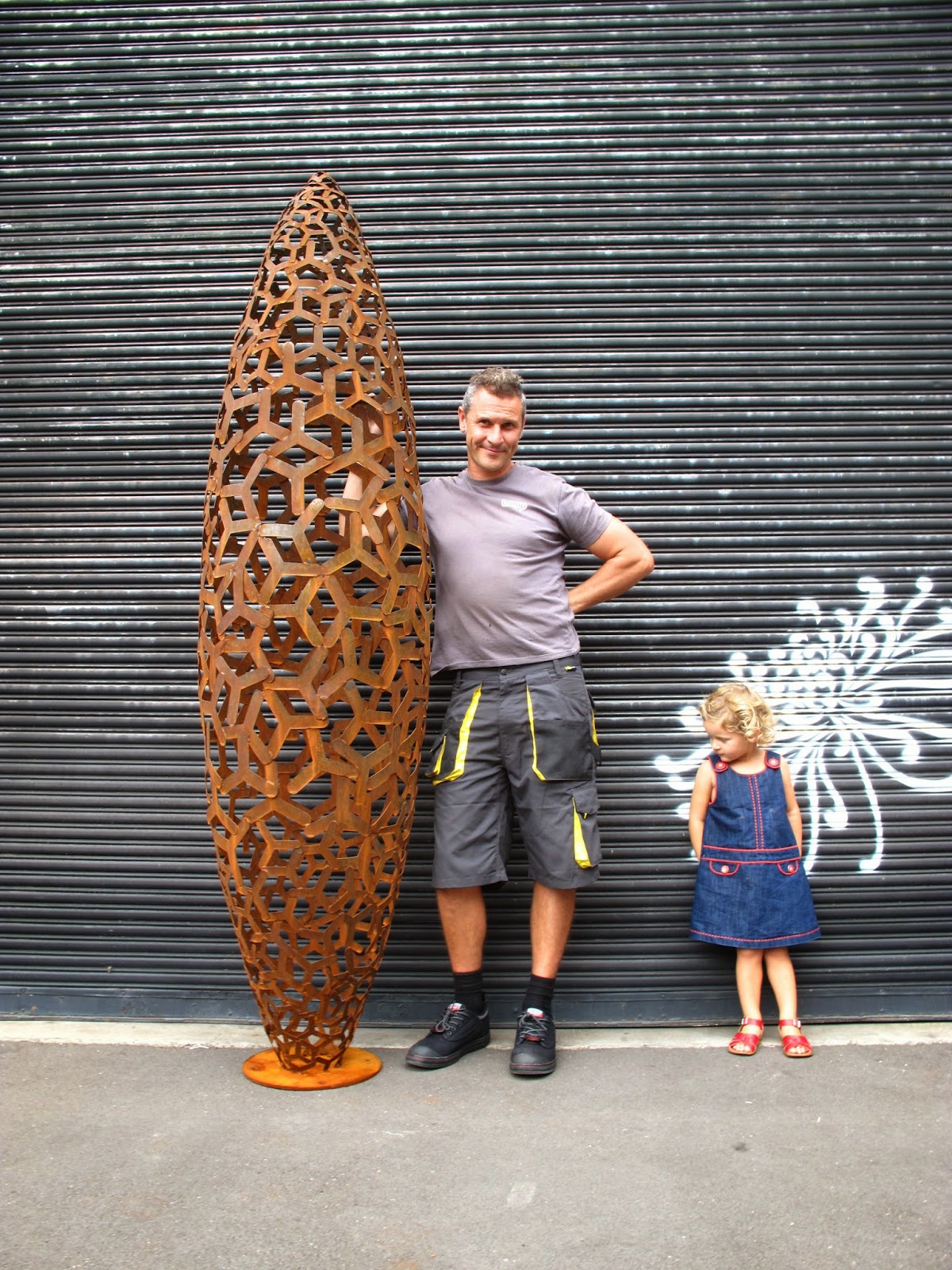 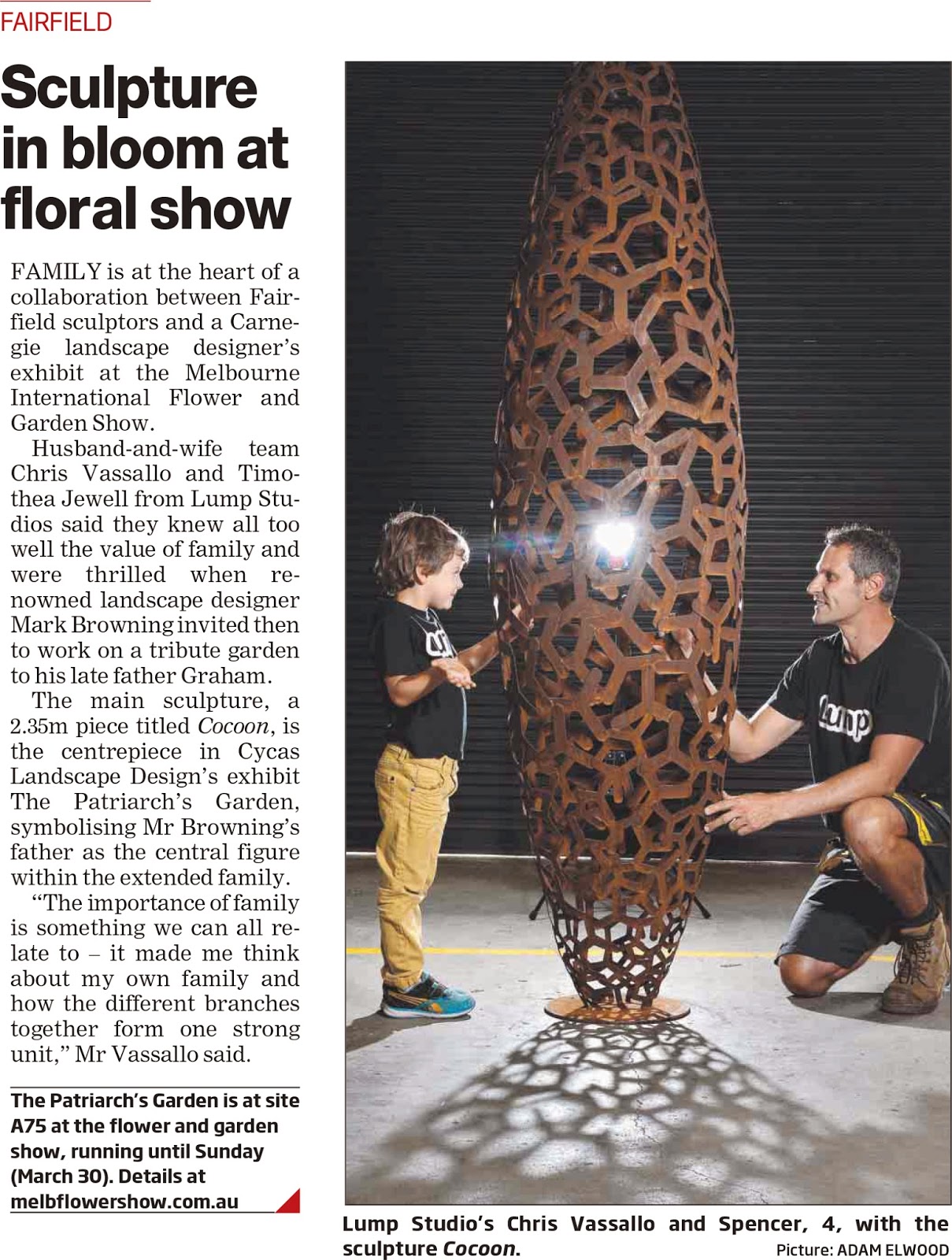 And finally, our gang. The Lump Sculpture Studio crew. Taken by Bek from Little Red Photography this is a photo of us although it’s not entirely complete; there are a couple of members missing from the pic. We are SO fortunate to have SUCH a great team of talented people, with out these guys most of what we achieve would not be possible in the slightest. 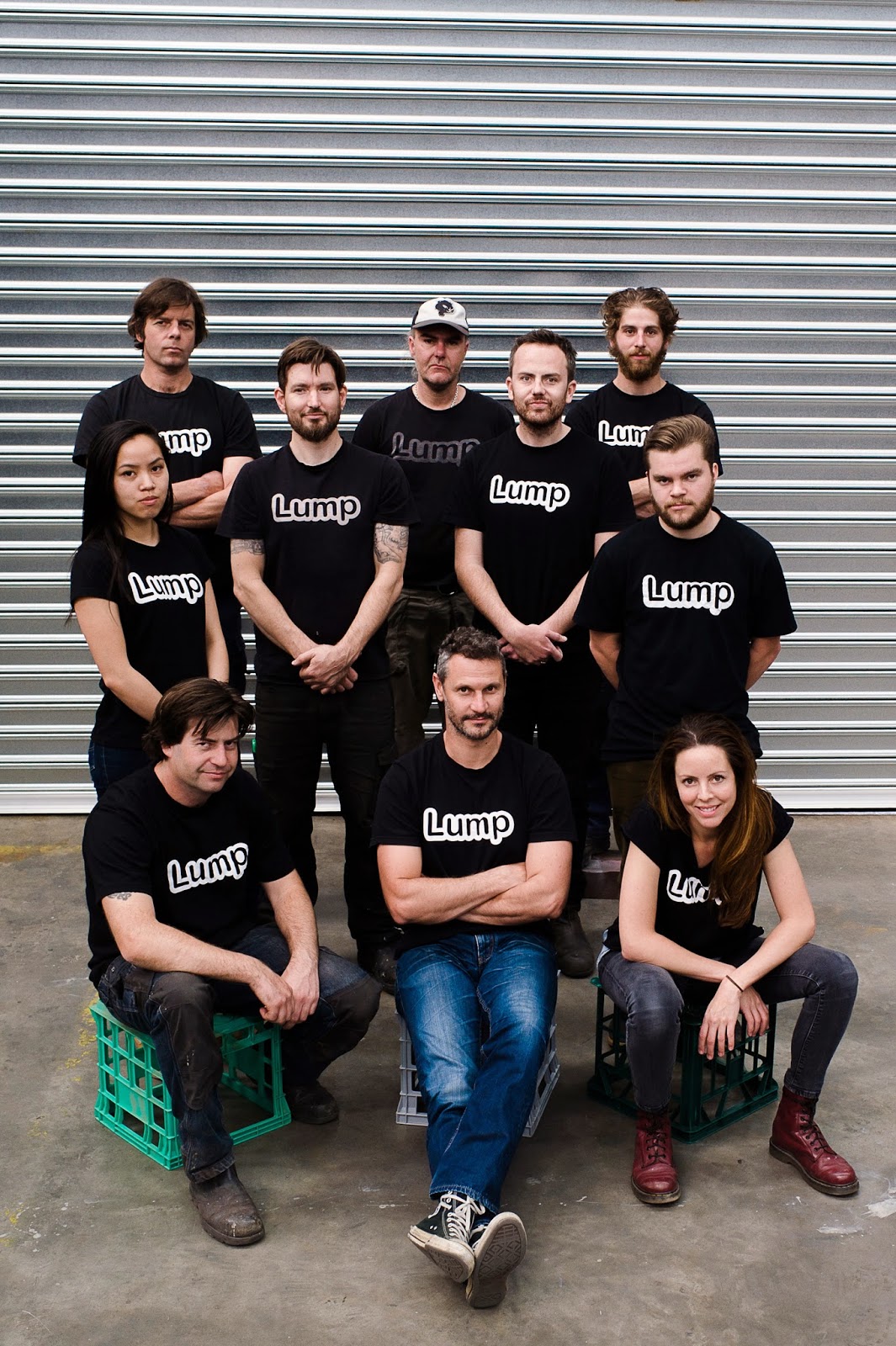