First installed on the upper level at the entrance of Hamer Hall and later moved to its current location on the Southbank riverside promenade in the early 90’s. The five tonne "Dervish" is an intimidating piece of minimalist sculpture.

Many of Meadmore’s pieces have an almost effortless free flowing form despite their size and their material, "Dervish" is a perfect example of this. It’s made to appear as if the structure has been constructed out of 1 large length of steel and twisted over itself to create a loop in the middle.

I think it’s the structure’s fluid appearance yet rigid nature which makes the viewer question how it was made, and it’s the sculpture’s simplicity which makes it so aesthetically appealing to just about everyone. It also acts as a pretty interesting playground for young children.

Clement Meadmore was an industrial designer and sculptor and also briefly studied Aero Nautical Engineering. Perhaps it was his interest in mathematics which inspired his work with geometric manipulations. A similar piece of Meadmore’s work "Awakening" can be found at St. James Square on Bourke Street. 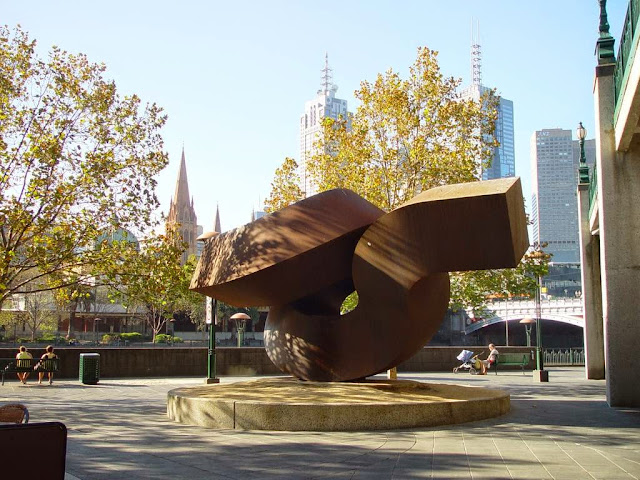 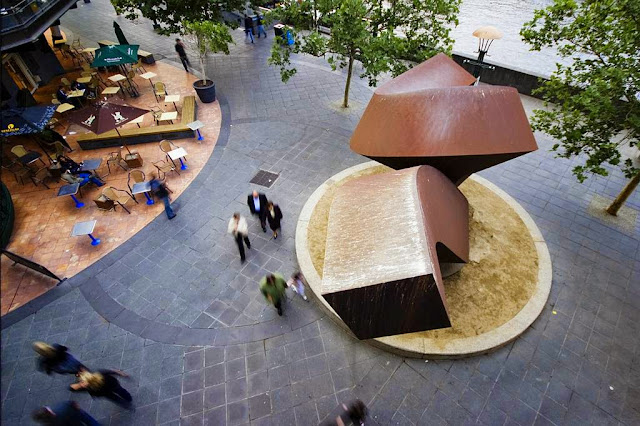